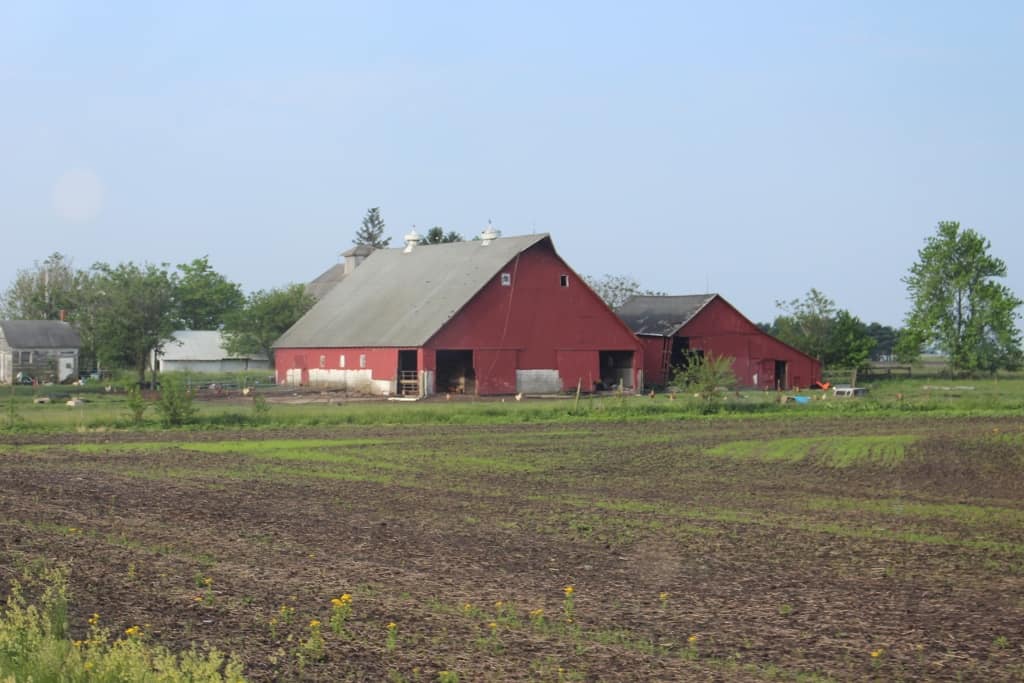 I left the American Legion at 6:30 am had a short run down to Penfield, IL. There were folks along the road taking pictures, waving and tooting their horns.  When I stopped in the gas station, a number of them donated and I was able to take some time and share a little about our mission.

I stopped for coffee and a news reporter from a small town paper called Rankin stopped in and asked if he could do a story. We’re happy to share and help raise awareness of the many sacrifices made by our men and women.

It was a peaceful ride with very little traffic.  I found my camp ground Middle Fort Forest Preserve. It was very peaceful and quiet when I arrived at noon so I had time to get caught up and work on Johnabilt.

I failed to mention on a picture yesterday of the two Monuments I see every time I step in my camper.

I spent a lot of time working on my route for the next two weeks.

I am in the camper now and wow there is a storm coming and raining so hard and now it’s starting to hail I didn’t have time to cover Johnabilt hoping it won’t do any damage and will move on soon, because the camper is rocking!

Not much more to report. I will be going to bed early. Hoping I can sleep, but I have to say, that I am really excited about our convoy in the morning. Praying the rain holds off, but if it doesn’t, we will do what the military does; adapt, adjust and carry on.  It reminds me that our men and women don’t get to sit their missions out when there is bad weather. So we will carry on too.

Wow!  Before I sign off, I will let you know that the storm is over. The sun in coming out.  Great!