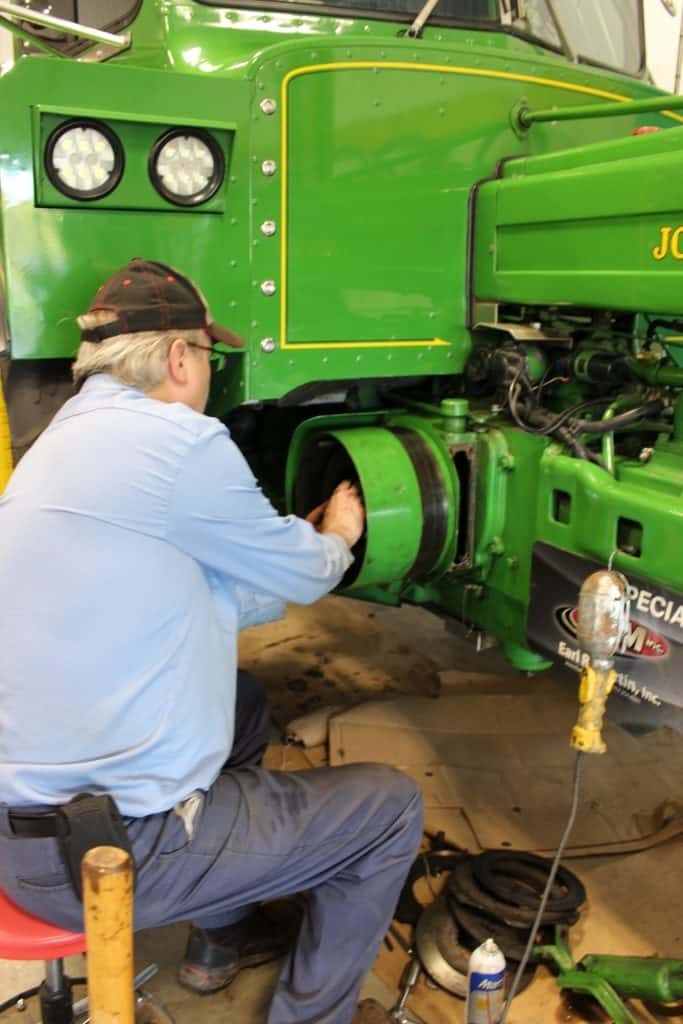 Last night Steve Koser and I worked on the Clutch until 8:30.

We put all new plates in and now the noise is gone, as our professional mechanic said, he thought the old plates we replaced were worn down and had some grease on them. That’s why they wouldn’t release. They were rubbing together making that noise when the clutch was disengaged. I argued with him because I thought it sounded like a loose cotter pin floating around. Steve was right. I’ll remember not to argue with the expert again! The new plates are working great.

Steve set the timing up on Johnabilt. I will see if it increases the power for climbing over some of the passes in Western PA.

I gave Johnabilt a good waxing and he is shinning and restless like a horse ready for the race. It won’t be long now boy!

Today I will be hooking up the camper and taking a long test run throughout the countryside. You might see me pass through, so honk your horn, I won’t be able to stop because I need to get some miles on, but I’ll wave back for sure.

We added a sign on the back on Smiley that says, ’TEST RUN FOR TRIP 3’. This way folks won’t be confused and think we started the trip already. We want to save that anticipation for a few more weeks!