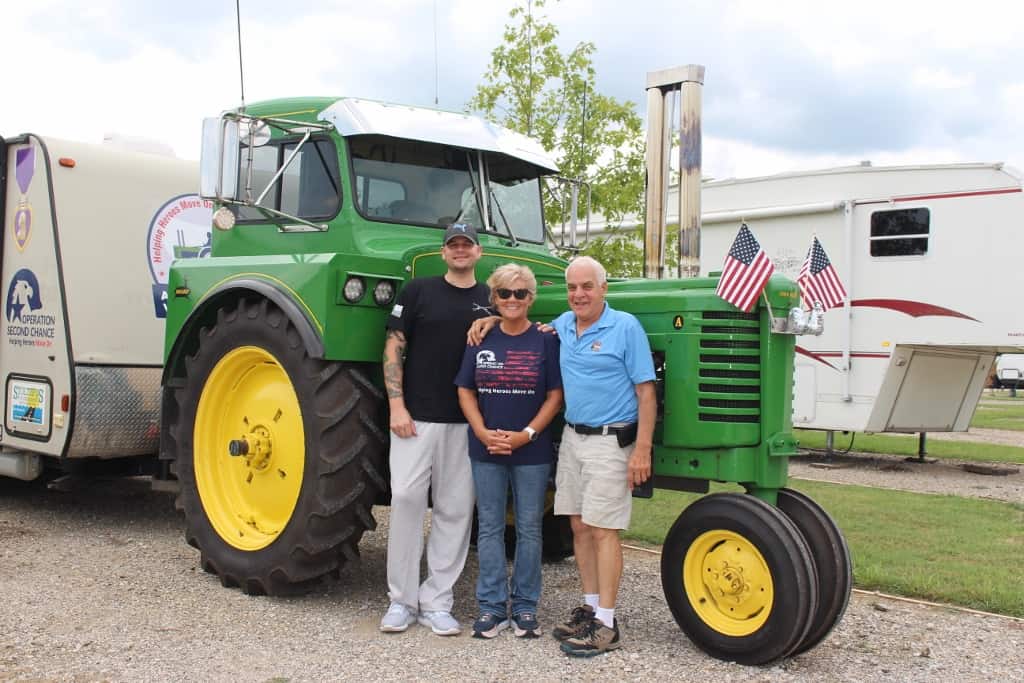 It thundered during the night and rained all morning, so I stayed at the camp and didn’t leave until noon after it slowed down.

I had many nights of rain but this is the first time that it rained during the day since western PA.
After it stopped, I took off and made my way down the road.  A truck passed me and stopped, a veteran jump out and saluted me. I had left my camera in the camper so I was sorry I didn’t get a picture.

I only had around 37 miles so I stopped at a grocery store and got some supplies. As I was putting east on Route 199 I saw a Good Year store. I stopped and decided to replace one tire on the camper that is warn down to the thirds as I was concerned it was going to blow. When I replace the other two, the tire company in CO didn’t have the third one. Now my tires are all good and should take me to FL.

I pulled into the campground and found my spot. I got on Smiley and rode up town to a hardware store for a small chain to hang my other magnet on.

When I got back I had a number of Veterans around my rig. I enjoyed talking to them, especially the one who was a Viet Nam Vet. He stayed quite a while and before he left handed me a nice donation.
I slept good last night, but was having some back pain in the morning so I took two Ibuprofen pills. By noon time I was getting so sleepy. I just wanted to head to bed and sleep, I was frustrated. I had work to do on Johnabilt.

I was in the camper and check my pill box, I had taken two Ibuprofen PM pills instead of just a Ibuprofen pill. Oh No! It was a senior moment.

It was great seeing Cindy McGrew and Jeremy Jackson who flew out this morning to be at the Fundraising Event in Ft Worth at Copper’s Steak House.

I was so excited I got to see family! We spent time visiting in the camper and planning the balance of the trip.