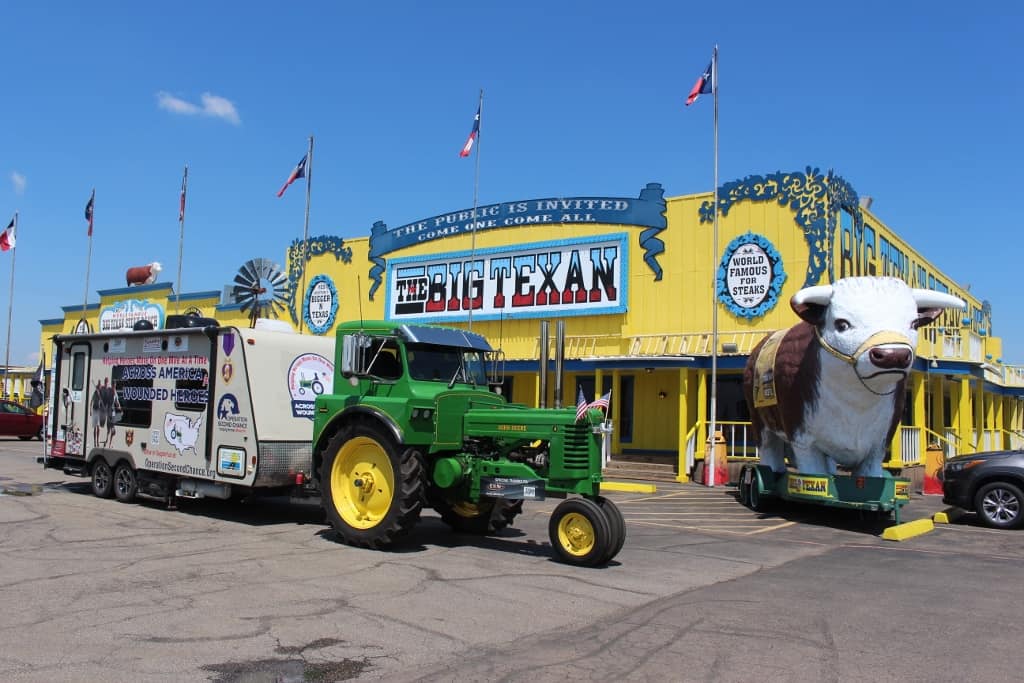 When I pulled out of Dumas, TX, I headed south on route 278. There was quite a bit of truck traffic, but I was able to run on the shoulder so I wasn’t a hindrance to traffic. Cars and trucks beeping their horns and giving a thumps up as they passed me by.

On the way to Amarillo, it is mostly grass land.

I passed a State Trooper who had radar set up, he didn’t come after me so I assume I was under the speed limit. Lol

Thank You Dick and Louise Huzzard for the gift of a steak dinner! I was saving it for when I arrived in Texas. I’m planning on staying in Amarillo two days before heading south to Canyon.

There were a number of Veterans and First Responders that stopped by and Thanked us for our Mission. It wasa good day!